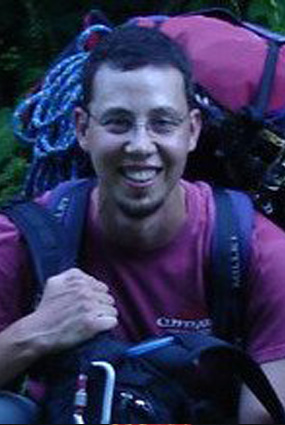 2007-09-25 16:21 PDT On September 19th, at approximately 09:00 am, the remains of Sertac OLGUN where recovered from Mount Slesse in Chilliwack BC. At the time of the incident recovery of the remains were complicated by shifting ice and glacier materials that contained OLGUN's body. The remains were located approximately 300 meters from the scene of the initial event by Chilliwack Search and Rescue. Recovery was delayed in order to perform a safe extraction, and was made possible by snow melt.

The Coroner was on scene to examine the remains once they were removed from the mountain, and has identified the remains as those of Sertac OLGUN, age 31 at the time of the accident. OLGUN, a Turkish student, was living in the Abbotsford Area when the climbing accident occurred.

On July 7th 2007, at about 1130 hrs, A.M. the Chilliwack RCMP responded to a report of an alpine climber who had been swept into a crevasse by falling ice. This happened as 2 experienced climbers were preparing to scale the Northeast Face of Mt Slesse, just East of Chilliwack. The accident itself occurred at around 06:00 am on July 7th . Both men involved are in their early 30's, the caller being from Vancouver, and his missing friend from the Abbotsford area.

The two were tied together ( short roping) when the victim was struck by a falling ice block that was overhanging above the two climbers, and disappeared from view. Failing to locate his friend or get a response, the climber hiked 5 hours to locate help. Chilliwack Search and Rescue ( SAR) attended the area to assist the Police with this matter. A helicopter was used by SAR , in order to view the area where this accident occurred. Based on the assessment of SAR experts, assisted by the Provincial Emergency Program ( PEP) , and after a thorough examination of the scene and the conditions, the chance of survival in this specific case was established as unlikely.

On July 9th, 2007 a meeting was held determining that no recovery mission would be attempted until the area has been deemed safe for a team to attend the location. This decision following a thorough examination of the area by Search and Rescue experts, as well as RCMP members, via helicopter. At this time, safety was the issue, and because of shifting grounds and ice blocks, as well as the steepness of that specific area a safe extraction was not possible at this time.